The A Way Home Australia national documentary photo exhibition is a series of archival and contemporary images that in conjunction provide a unique and thought-provoking perspective on Australia’s youth homelessness crisis.

The exhibition will commence in the second half of 2020 in the city of Melbourne, VIC and will carry through to the final major event to be held in Canberra, ACT. The exhibition will take place in different venues across the country. Each event is distinct and will feature the status of local homeless youth.

Through the images and stories of homeless young people the exhibition hopes to shine a new light on youth homelessness and create opportunities for a community conversation to emerge  about the unique challenges and obstacles young homeless people face to overcome their circumstances.

A young homeless couple eat lunch most days at The Sacred Heart soup kitchen which feeds up top 300 people a day. | Photo by Ilana Rose

Youth homelessness in Australia is an often misunderstood, complex and growing problem that deserves to be explored in depth.

Of the 288,000 people who sought help from homelessness services across Australia in 2017/18, 43% were young adults, adolescents and children, 43,180 were young people aged 15-24 years on their own, and 81,473 were young parents with children. Many more young Australians experience homelessness now than a decade ago despite increased investment by governments

The exhibition of contemporary and historic images includes families with young children, teenage couples living on the streets and young men and women of all ages and ethnicities. It reminds us that the faces of homelessness are many and varied and can be just a few steps away for any of us.

Todd (19) who had been homeless for sometime, tries to get accommodation at a Rooming House in Gertrude St, Fitzroy. Having been told that there were no rooms available, he wonders where he will go to get off the streets and find a bed for the night. | Photo by Ilana Rose

Ilana Rose has worked as a professional photographer and photojournalist for over 25 years. During this time, Ilana has worked for some of the most respected media outlets, including as a Foreign Correspondent in England, UK. Ilana’s work has appeared in most Australian major publications, while clients have ranged from Victorian Government Departments, NGO’s, to arts organisations, film companies and private ones.

As a photographer, Ilana is passionate about story-telling, social justice issues and is about to embark on her latest commissioned work: to photograph youth homelessness across Australia for Youth Development Australia. Her first book was launched in November 2019 by Pan Macmillan ‘This Chicken Life: stories of chickens and the Australians who love them’. Ilana’s work has been exhibited in Australia, China and New York and collected by
galleries and arts organisations including The Powerhouse Museum Sydney, The
Victoria State Library and the City of Melbourne. 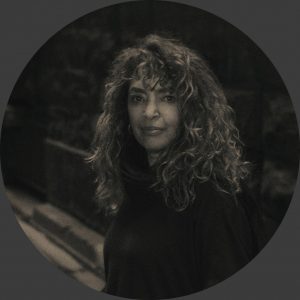 A Way Home Australia, auspiced by Youth Development Australia Ltd, is a coalition of organisations and individuals committed to reducing and ending youth homelessness. It is not a peak body that represents its member organisations. A Way Home Australia represents the lived experience of homeless young people and harnesses the collective expertise of a range of stakeholders and advocates.